The Xubaizhai Gallery of Chinese Painting and Calligraphy was built in 1992 to provide a permanent home for the collection donated by renowned art connoisseur Mr Low Chuck-tiew (1911 – 1993).

Mr Low Chuck-tiew's interest in Chinese painting and calligraphy was first inspired by his father, who was himself an avid art collector. Later, as a student at Jinan University in Shanghai, Mr Low took up painting under the instruction of the famous bird-and-flower artist Xie Gongzhan (1885 – 1940) and the celebrated landscape painter Huang Binhong (1865 – 1955), and it was the influence of Huang's connoisseurship in the field of Chinese art that stimulated Mr Low to start his own collection, despite his limited financial resources.

Arriving in Hong Kong after World War II, Mr Low soon came to realise the extent of the exodus of Chinese artworks from China through the territory, which was a thriving marketplace for the trade in Chinese antiquities. Deeply perturbed by the sight of these objects being sold overseas and with a growing anxiety over the dispersal of large swathes of China's cultural heritage, Mr Low was spurred to redouble his efforts to acquire Chinese works of art. He named his collection the Xubaizhai Collection of Chinese Painting and Calligraphy after one of his most treasured items, a calligraphic plaque by Yi Bingshou (1754 – 1815).

The collection encompasses works that date from the Six Dynasties through to the twentieth century and is particularly strong in works by the masters of the major schools of the Ming (1368 – 1644) and Qing (1644 – 1911) dynasties, including the "Wu School", the "Songjiang School", the "Four Monks", the "Orthodox School" and the "Eight Eccentrics of Yangzhou". A fascinating period in the history of Chinese art, the mid to late Ming saw the proliferation of a great diversity of schools and stylistic currents. A new and equally exciting era then emerged during the transition to the Qing, in which orthodoxy and individualism co-existed within the literati tradition: the orthodox followed the tenets elaborated by the Ming artist Dong Qichang (1555 – 1636), while the individualists escaped into a private world of eccentricity, thus helping to create new horizons in painting during the early Qing period.

Mr Low Chuck-tiew donated his collection to the Hong Kong Museum of Art in 1989 in the well-founded hope that it could be both preserved and made available for public display in order to maximise its educational and historical value. The donation represents a valuable enrichment of the museum's own catalogue of Chinese paintings and calligraphic works, significantly expanding its previously rather parochial focus to constitute a comprehensive collection of undoubted quality.

What's more, the donation reflects the growing confidence of the territory's cultural community in our institution. The inauguration of the Xubaizhai Gallery at the Hong Kong Museum of Art is an acknowledgement of the generous gesture of an eminent connoisseur in turning an important private collection into a valuable public one. 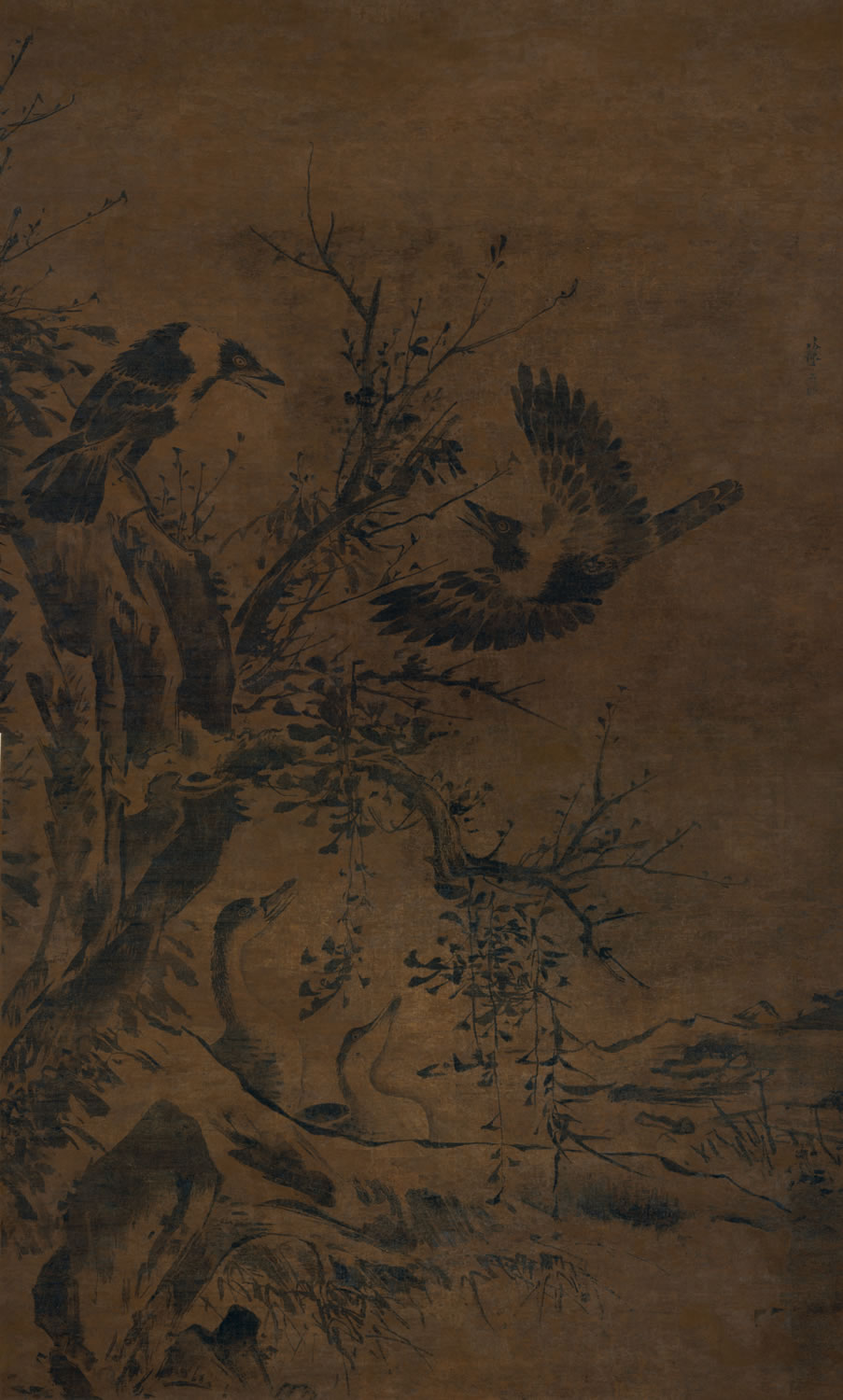 Clouds amid mountains and stream 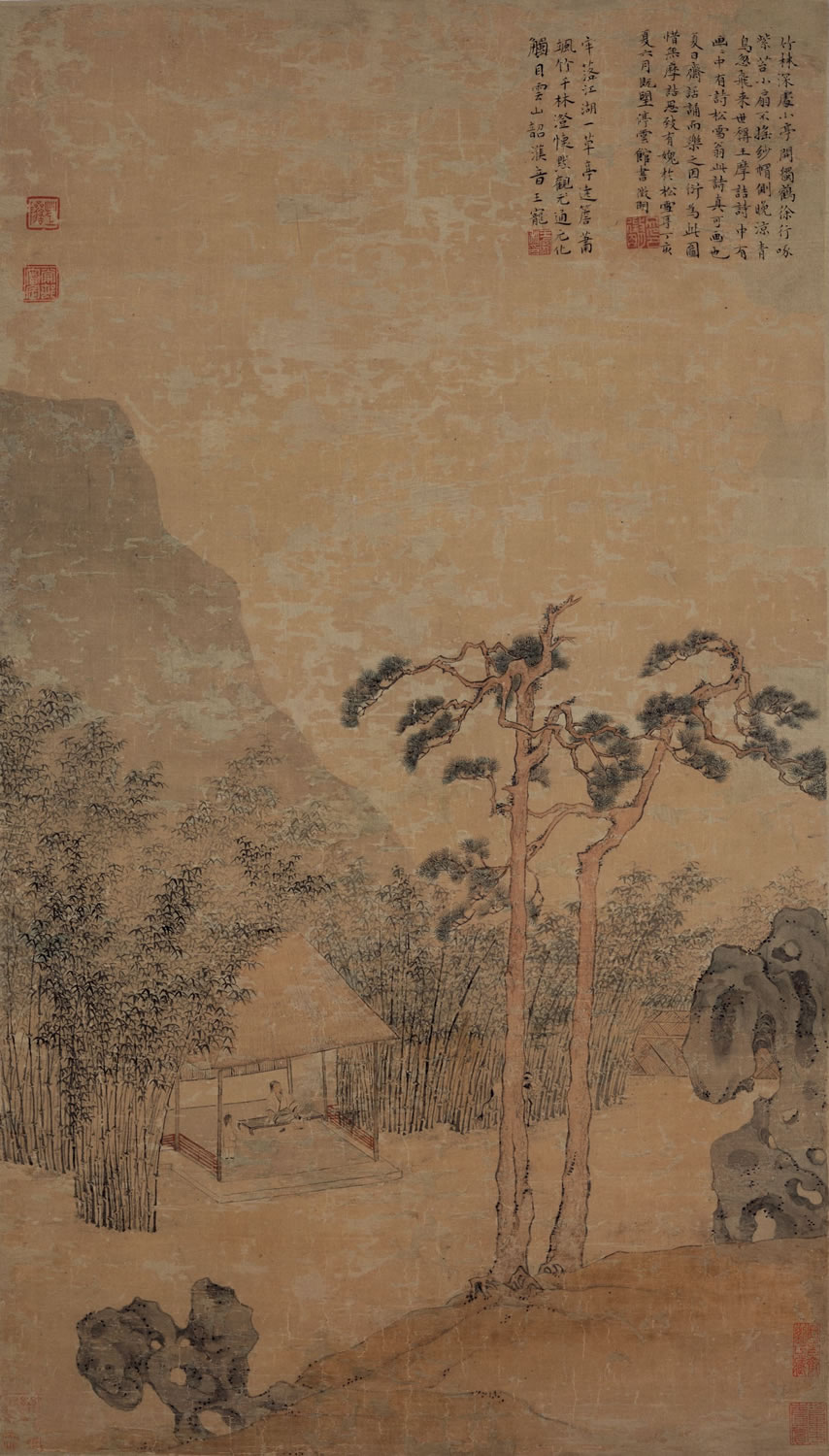 In the deep shade of a bamboo grove

Playing the lute under pine trees 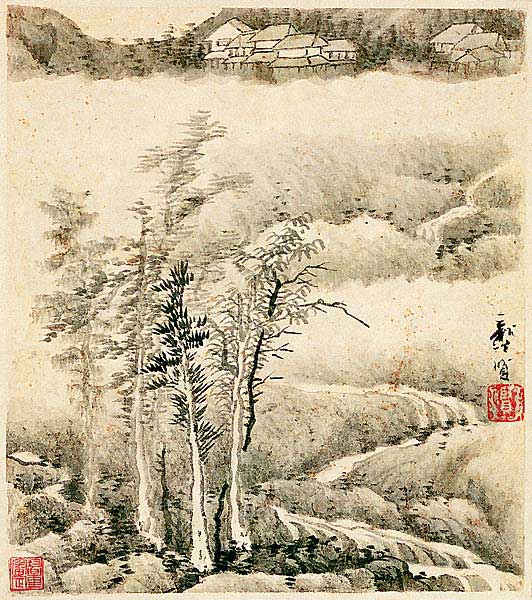 A dream journey to the mountains and rivers 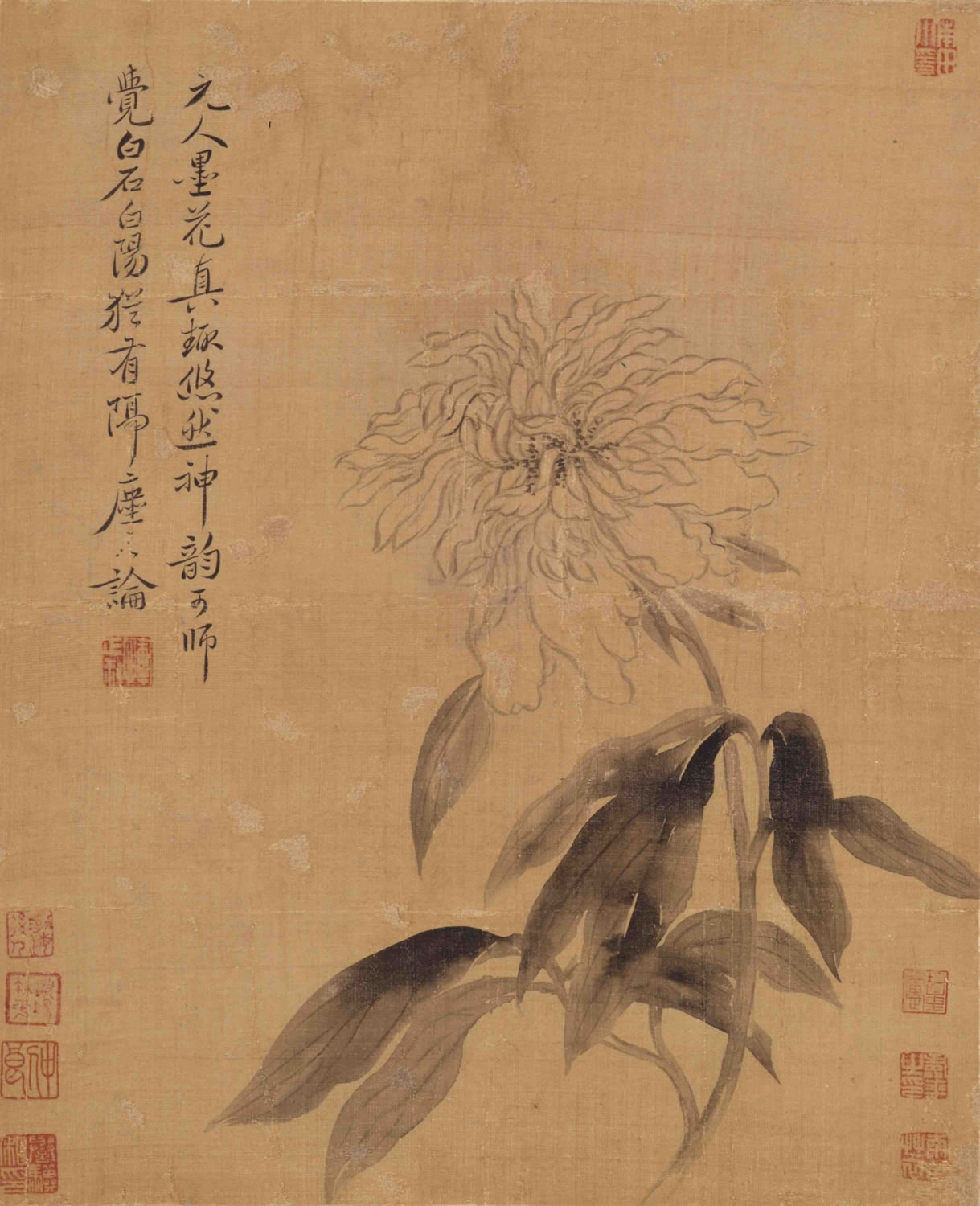 Boating on a willow stream 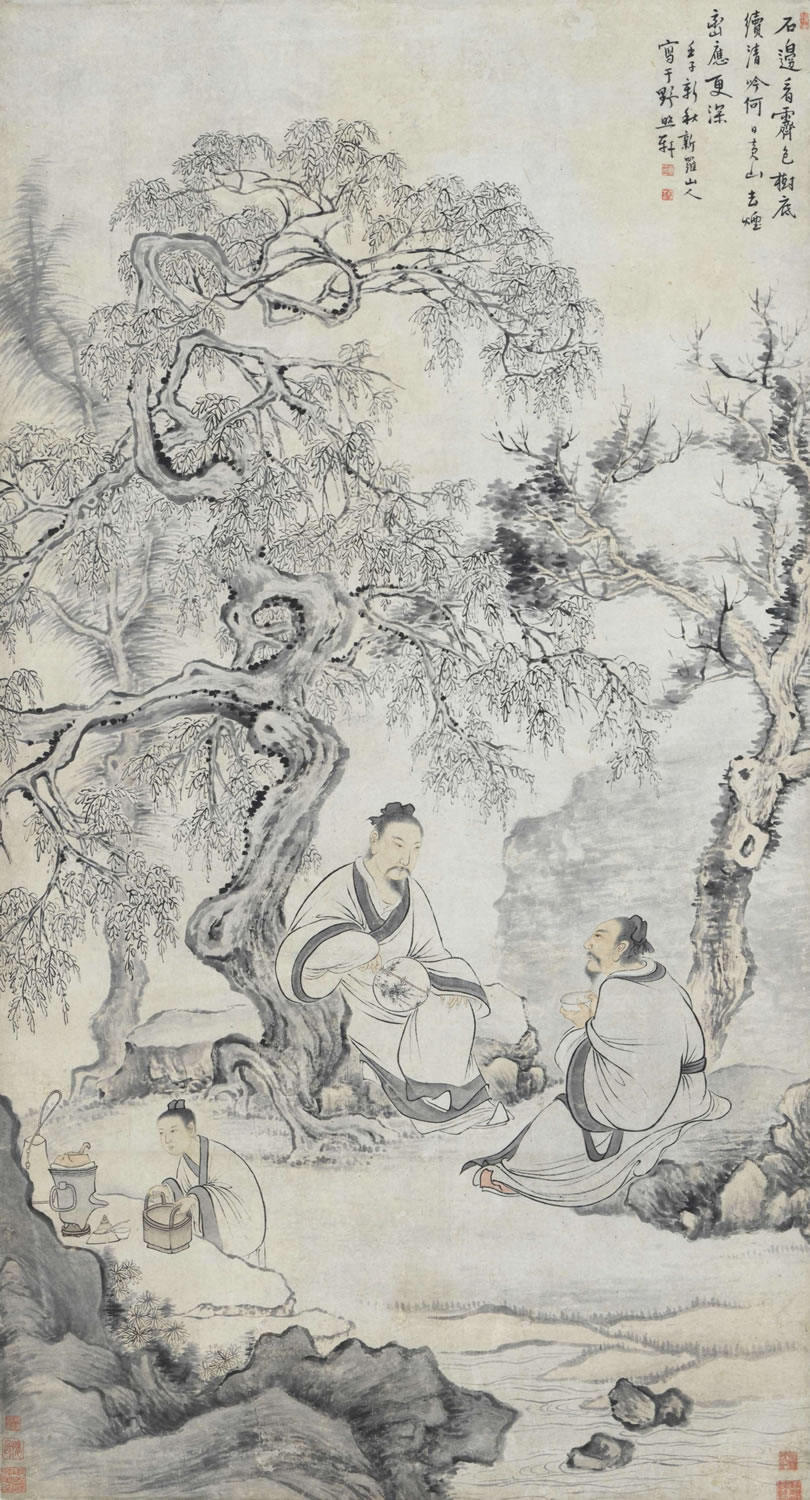 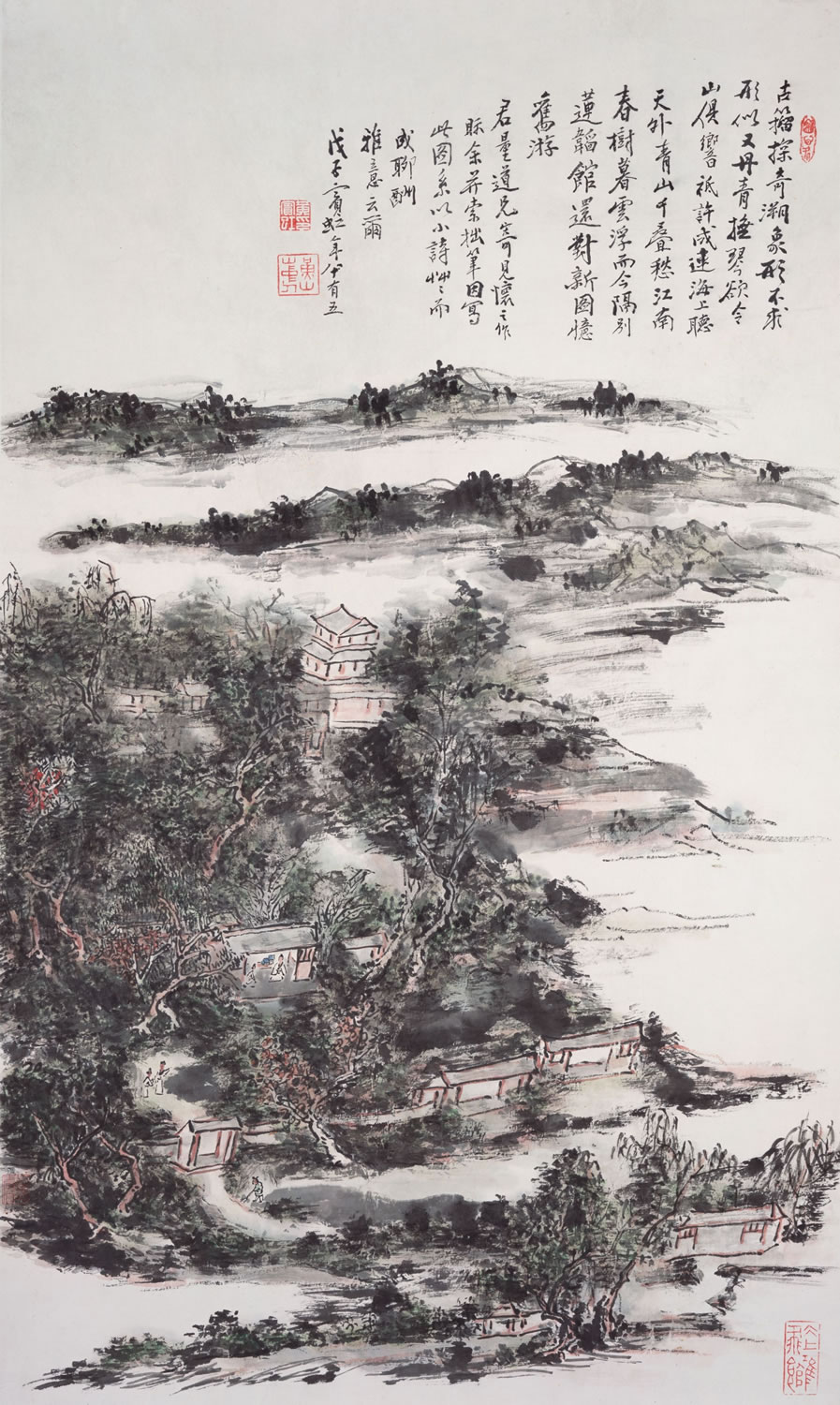 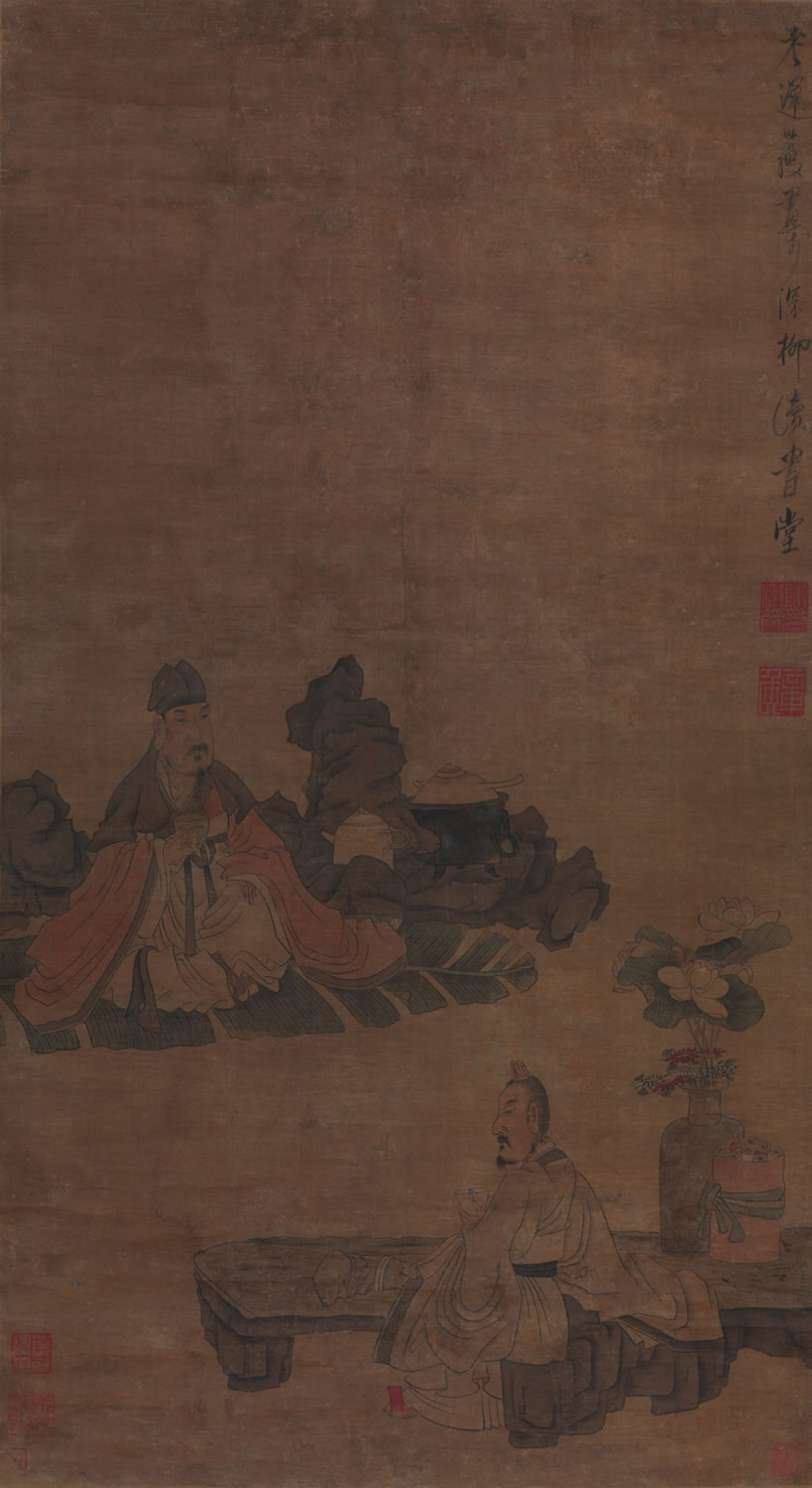 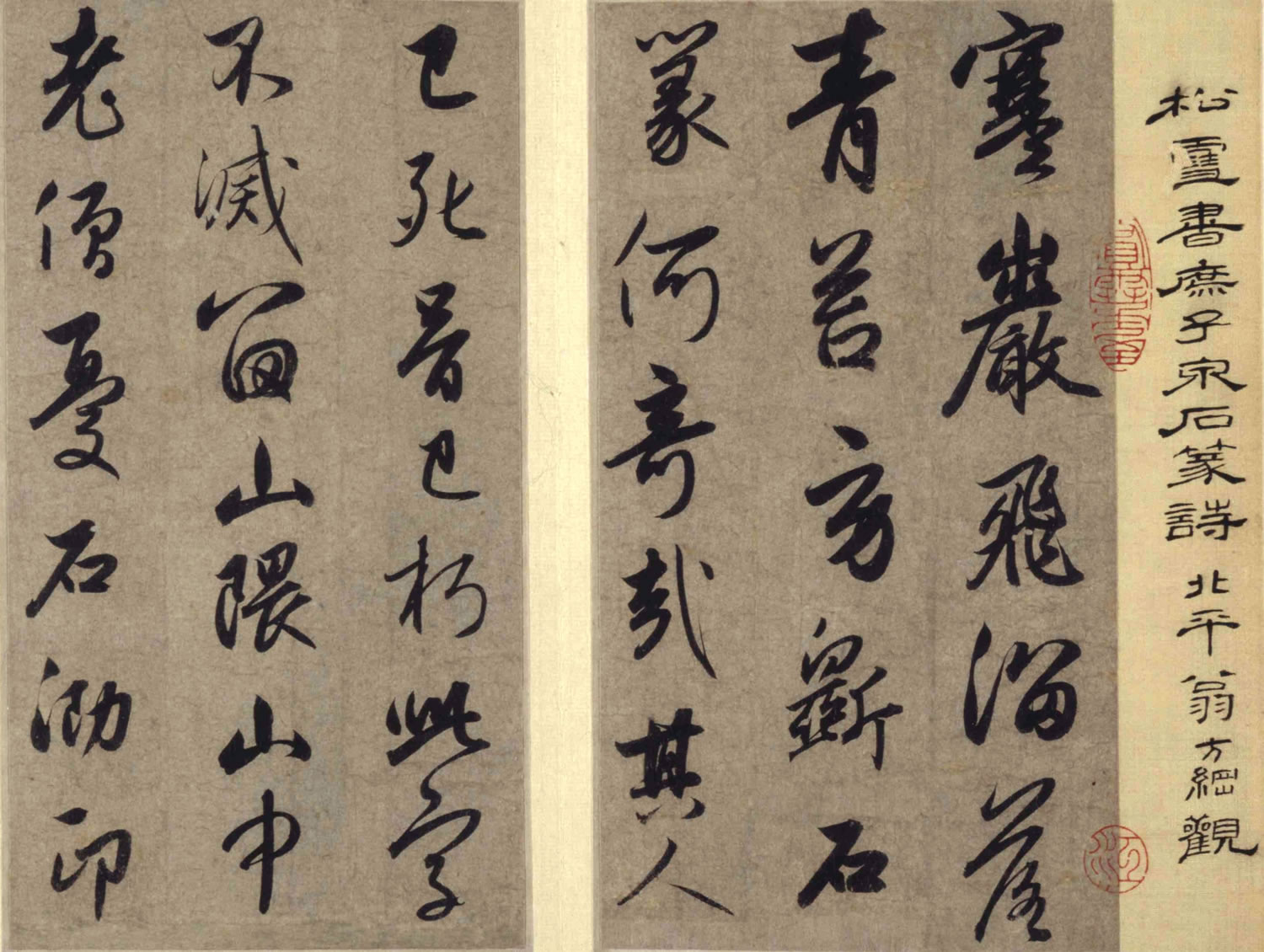 Poem on the Shuzi Spring stone carving in running script 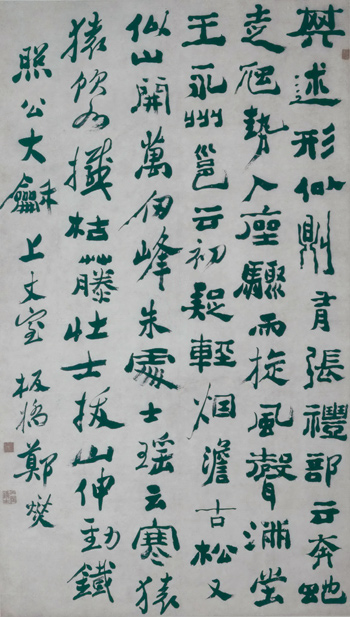 Free copy of quotation from Huaisu's autobiography in running script 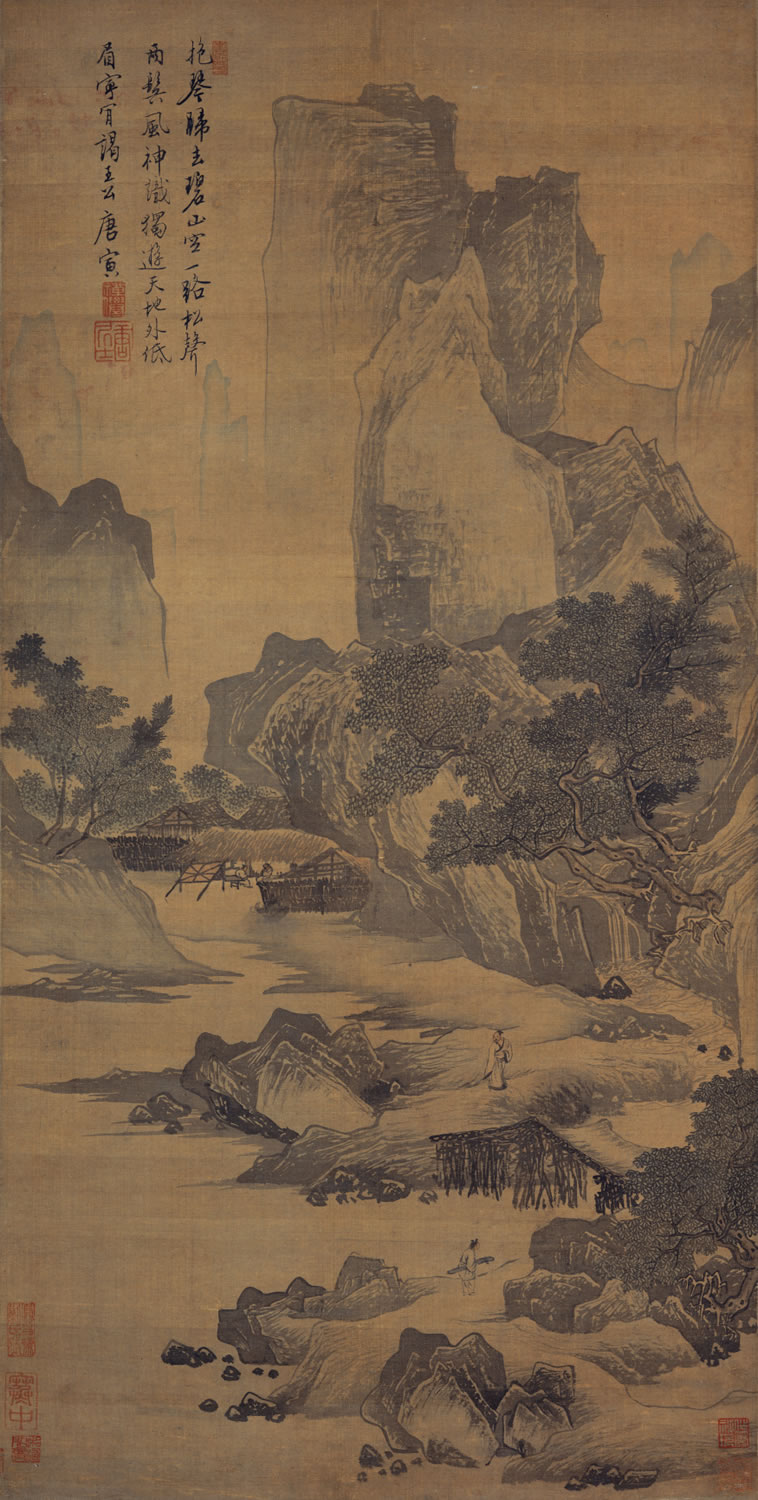 Returning home with a qin